Smart Cities - Move Over Technology, It is the Value Creation That Matters! 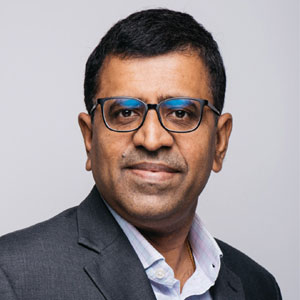 Smart cities have gained huge visibility in the last decade, as a potential market with unlimited opportunities, for companies in a wide range of sectors from technology to energy to mobility to health care.

Furthermore, making a city smart has been touted as the be all and end all, for the challenges afflicting today’s urban agglomeration. While both of these could be true to a certain extent, the reality is that after a decade, the smart city movement is still in its infancy.

Cities being inherently budget conscious and constrained, many of the smart technology solutions have not moved beyond the pilot stage. Siloed city agencies and lack of multi-stakeholder buy-in have slowed down the smart city ambitions in many cases. Most cities also do not have a cohesive vision and strategy for their development. Despite all these, the biggest restraint and the key success factor will still be the need for a compelling business model, unique to each city and sustainable in the long run.

The business models have to evolve in such a way that the urban technology companies are able to capture broader value beyond certain obvious revenue generation sources such as advertising. The manifestation of this value for example in terms of higher rents for buildings, expansion of healthcare access to underprivileged, lower cost of transportation, life extension of urban infrastructure, and improving public safety etc. will justify smart city investments.

Cities are more complex than a typical corporate organization. The business models and technology solutions should assimilate human psychology, community and cultural factors too. For instance, the second generation smart mobility solution providers like Lime and Bird e-Scooters in the US, have focused on micro-mobility to reduce congestion. Having learned from the first generation pioneers such as Uber and Lyft, these companies focus on safety and the bigger impact of their solutions on city infrastructure, rather than just bridging the demand-supply gap.

The business models and technology solutions should assimilate human psychology, community and cultural factors too

These companies also provide an opportunity for the community to participate and earn, through home charging for these electric scooters.

According to G20’s Global Infrastructure update, Asian countries have an investment gap of US$5 trillion on the total infrastructure need of US$51 trillion, during the period 2018-2040, thus representing a potential deficit of at least 10 percent. Bridging this gap through smart solutions is a great way to build a viable smart city business model.

Deployment of wireless smart sensors in order to monitor the integrity of bridges and identify leakages in water distribution pipelines helps the city authorities to prioritize their limited investments. Earlier this year, AT&T launched a service in the United States to monitor the condition of aging infrastructure assets such as bridges, roadways, and railways for cracks, tilts etc. This will help the authorities to make a repair or replace decisions with accurate real-time data. Telecom operators are especially better positioned to scale up their pilot projects and create a compelling business case, due to their national or even international presence. For such smart solutions to work, the city needs to have a certain basic infrastructure in place, which may not be the case with many fast-developing Asian cities.

However, there are applications, where cities in Asia, could benefit from using smart solutions. Examples include the following:

• A crowdsourced mobile app called Safetipin, was initially launched in New Delhi and later expanded to other Asian cities like Manila. The objective is to make the cities safer, by involving users to perform audits and rank various locations.

• Chiayi City in South-central Taiwan, which was listed as having worst air-quality in Taiwan, transformed itself within 4 years, using technology and community engagement. The success was due to an integrated approach of a) setting up Air Box for particulate matter monitoring and display, b) developing a network of smart e-bikes to reduce traffic congestion and c) creating awareness in schools and communities.

Cities like Palo Alto, in the heart of Silicon Valley, have been testing and deploying comprehensive cutting edge technologies like driverless cars, chatbots for customer services, artificial intelligence to aid decision making and an entire digital library for citizens to borrow e-books, as a part of their smart city plans. Many others, including several cities in developing countries, are focusing on a more modest approach, with value as the key lever, to further their smart city ambitions. It is just a matter of time before these two paths cross.

Telemedicine During Covid-19: Benefits And Limitations

The Future Of Healthcare Is Digital, Tele Medicine Destined For Greatness

Mitchell Fong, Director Of Telehealth For Renownhealth In Reno, Nevada

Bringing The Worlds Of Technology And Health Closer To Each Other

How Do You Create A Unicorn If You Can’t Buy One?