Implementing Smart Technologies to build a Smart City. What's the Impact, and Who Ultimately Benefits from it? 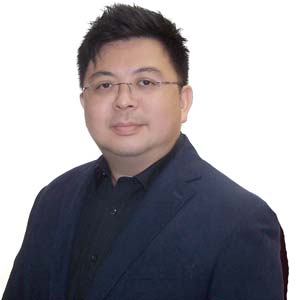 Smart Cities, is it just another buzzword that every city has to think about? It is a common aspiration amongst governments, infrastructure owners, technology vendors to either transform existing infrastructures to become more intelligent, safer, more cost effective in operations, or totally plan a new township by incorporating the latest smart city type applications. And in fact property developers are cashing in on these snippets of ideas and marketing smart homes, or smart districts.

Are citizens at all concerned and fascinated about what the government is doing? And asking fundamental questions as in who is paying the cost of building and maintaining a smart city and hopefully also a safer city. In fact, do citizens even care if they have smart street lightings, smart carparks, an AI augmented building fire and security systems, or are they more concerned with just whether or not their properties’ market value appreciates.

Guess it all depends on the profile and demographics of the citizens living in that city, and how well-informed and strongly that the citizens believe that a well-planned and developed township equipped the latest technology could actually be more valuable than one without.

In Singapore for example, the government rolled out the POLCAM project into all housing estates, and subsequently also rolled out AI-augmented deployed at the edge smart cameras. It is highly believed that the general public will only believe that all the cameras they have seen on the streets everyday are just what they commonly knew as CCTV installed by the Police, for general surveillance for public safety. Will they have concerns about cost of operating all these network of POLCAM cameras, and what about infringement of privacy. Thankfully in Singapore, it’s highly unlikely that people harbor these concerns, in fact, people just think it’s the government’s business anyway. So why bother?

My personal opinion is that sometimes it is not because the government has not provided the necessary education to the masses about the technologies the country has implemented, but whether citizens whom have always been living in a generally safe country or city-state like Singapore, do appreciate the heavy implementation of a significantly increase of surveillance cameras hung over ceilings and lamp posts, to ensure a city’s safety.

In fact, it was because of the riots in Little India in 2013, where the Police subsequently came under heavy public scrutiny, for failing to contain a small public disorder and allowing it to grow into a public display of angst by foreign workers, and alongside with motivations to be ready for acts of terrorism, that motivated the use of technologies to augment police work. And that started a whole series of government workplans to engage the private sector, namely the technology providers, the research institutes to look into what technologies are suited to our city-state nation. The truth of the matter is, we cannot just implement any older CCTV technologies and multiply the numbers, and call that a working solution. We needed an AI-augmented solution, so that it becomes sustainable overtime. Being in technology provider seat, we experienced the challenges and limitations but I shall not comment more. and that gave rise to the installation of surveillance cameras that are armed with AI-augmented technology which involved collecting massive amount of data sets i.e. photo images of people’s faces and (other attributes like colors of clothes and bags carried) with time-stamped, and tagged in a huge databases. These cameras are able to identify acts of anomalies and able to trigger first responder, because the programmers have applied deep learning techniques by coding algorithms to train the neural networks (liken to a brain identifying objects in the learning process), and then subsequently deploy the algorithms to the chipset sitting in the camera at the front. It is like a small brain thinking and reacting at the camera, which we call edge processing. I believed all these sounded way too complicated for someone on the street to understand and appreciate. And the common response could be, is this all necessary or an overwhelming use of technology for something very simple, and worst of all, Singapore has been relatively safe compared to other countries. Only time will tell.

Singapore will go on trial for driverless buses in 2019, amongst the many sceptical comments I came across. The Americans I spoke to say Singapore will succeed in deploying driverless vehicles not because of our advancements in technology, but because our constitution of laws make it possible. For example, in Singapore, we will be able to mark driverless vehicles or driverless buses only lanes and passed it on as laws governing our roads, and have law enforcers manage the grounds for a smooth trial and subsequently execution. Elsewhere in other countries, that’s months of contest. Again the question is, who will be benefit from such complex technologies, and is this necessary at all? There are many questions to be answered, and we may not have all the answers.

I have the opportunity to visit the provincial police force command centers in China recently. They have advanced from being 3rd world police to become one that is almost movie like when I watched their video of how the city prevented a Boston-style marathon plan of terror act was foiled just in time, thru the police’s intelligent use and deployment of technologies to augment the grounds. Massive intelligent surveillance cameras with edge processing were used. Facial recognition kicked in to give the command center real time view of suspects, and drones moving in to confirm all within a few clicks by the police behind the screens. As a jealous Singaporean visitor, I played devil’s advocate in my mind to ask if this is a Chinese Police’s win in their intelligent use of technology to fight crimes and keeping the city safe, or is it China’s win boasting a more efficient police force to visiting law enforcement agencies from overseas?

Therefore, all I can say is, similar technology, almost similar use case, could create different impacts in different countries and the ultimate benefit may be spelt slightly differently. However, it is inevitable that smart technologies are here to augment cities. A personal observation is, that give rise to human beings becoming highly technologically dependent, till the point that they believed they could cross the roads without checking for on-coming traffic.

The Crucial Role of the CIO in an Organization

Riding the Wave of Digital Transformation for MSME’s

Edtech Advancements and its Future Prospective