Cloud: A Metaphor of Internet 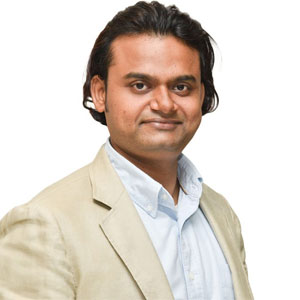 Today, cloud computing is among the most important phenomenon in technology. If one has to pick an IT development that has the most significant impact on business, the cloud is certainly the top pick. Initial Euphoria and Hype In its early days, cloud computing was considered as an option for the co-location of data centres. The initial rationale to move to the cloud was to save on real estate, cooling, and physical security. Additionally, it provided a credible disaster recovery option to setting up and maintaining additional physical data centres. Though the initial uptake was slow, this gained traction over time due to attractive pricing and a certain novelty factor around it. Infrastructure Abstraction Cloud brought a second wave change in IT infrastructure by shifting from the physical touch and feel of bare metal and fibre cables to a user interface-led digital dashboard for provisioning and support. This was among the most prolific change, as infrastructure departments would no longer be receiving and unpacking physical cartons, which determined the schedule when systems would be ready for provisioning. Just a few years ago, this process could take weeks, based on the supply chain effectiveness of the hardware provider and cross-border shipments. These days, with the cloud, the system can be up and running in a matter of hours. The Rise of the DevOps Era Whether one believes that infra¬structure departments have become less bureaucratic and more effective, a more fundamental change is the move to DevOps. This sums it all as core computing, storage, and networking form the basis of application effectiveness. Indeed, pure infrastructure and application skills will give way to cross-disciplinary DevOps skills as the new norm for the industry. With this, infrastructure departments are morphing into DevOps departments, and are becoming even more relevant and important. Public-Private Hybrid There are several types of cloud solutions and what suits a particular organisation depends on its readiness and journey to cloud computing.

For some, the journey to the cloud starts off as a pure move from physical to virtual, resulting in a private cloud structure. For others, it is a movement to public cloud infrastructure, or even an application re-architecting to leverage platform components of a cloud solution. And yet for others, it can be a combination of all of the above, depending on the type of application, business case as well as the organization’s IT architectural roadmap. The cloud options available today between IaaS, PaaS, and SaaS are aplenty and these enable organizations of different sizes and complexity to embrace the way that best suits them. The Advent of Cloud-Native Architecture As cloud has evolved from being a pure infrastructure alternative to an IaaS (Infrastructure as a Service), PaaS (Platform as a Service), and SaaS (Software as a Service), new options are now available for organizations to build applications on a cloud-native architecture. The cloud-native architecture allows organizations to break an application into smaller parts, akin to the pieces of a jigsaw puzzle and power each of these components within a self-contained ecosystem. Unimaginable, a few years back, this ability to componentise an overall structure and glue the parts together as and when you grow, is what will happen when cloud-native architecture becomes pervasive. Cloud solutions are able to breakdown traditionally challenging components, such as database, storage, and computing into services and wrap them around a source where net-net new design and features are being released on an infrequent basis, micro-services, and containers are few such examples of cloud-native solutions. Cloud-native architecture has also impacted skills development of IT professionals as application development, and DevOps now have virtually no distinction. A cloud architect needs to have an eye for both aspects to achieve true success expected from his or her application. True Utility Model One of the key propositions of cloud was that organization can pay for just what they use. While this idea has been sold very effectively, more often it has been discovered that organizations do not know or cannot work out when not to use the cloud. Once an organization starts using the cloud for all non-production environments, the same cloud providers should, with the same rigour, educate organizations to switch-off or turn-off usage when cloud is not required. Very few organizations know to stop using the cloud during non-peak hours, or post-office hours for their non-production environments. Savings derived can actually be used to optimise budgets and be reinvested in innovation. This remains an area where organizations should be cautious when they start on a cloud journey; how to manage expenditure and how to be meticulous with a switch-on and switch-off approach.

The Crucial Role of the CIO in an Organization

Riding the Wave of Digital Transformation for MSME’s

Edtech Advancements and its Future Prospective