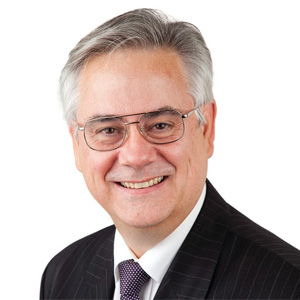 A quick search across the internet will find you many different interpretations of these questions.

• Disruption: a disturbance or problems which interrupt an event, activity, or process.

• Transformation: a process or profound and radical change that orients an organization in a new direction, taking it to an entirely different level of effectiveness, and

• Innovation: a deliberate application of information, imagination, and initiative in deriving greater or different values by which new ideas are converted into useful products.

These three words have been used as the ‘so called,’ latest buzzwords for some time. It is something we all need to do, have done or should be doing, be it digital, business, or process. We are expected to understand exactly what these words mean within our organizations, having been added to our everyday lexicon of language. The problem is there is no real explanation as to how or exactly what it means. We’re supposed to understand, as to ask questions would just point out our lack of knowledge.

Two books that have had a large impact to my thinking about transformational change and disruption have been ‘The Innovator's Dilemma,’ by Clayton Christensen, and ‘Blue Ocean Strategy,’ by W. Chan Kim and Renee Mauborgne. Each of these books approach disruption and innovation together in different but similar ways. In many respects, Clayton Christensen coined the combination of ‘disruptive innovation’ in the Innovator's Dilemma. I feel his description and the use has been distorted in many respects, but for me, it provided a real understanding of the topic of disruptive innovation.

Change is inevitable, so is transformation, disruption, and innovation

Christensen in 1995 stated, a disruptive innovation is an innovation that creates a new market and value network, eventually disrupting an existing market and value network. Displacing established market leading firms, products, and alliances. Similarly, Kim and Mauborgne refer to a Blue Ocean Strategy as the creation by a company of a new, uncontested market space that makes competitors irrelevant. Creating new consumer value often while decreasing costs.

In Christensen's book, he uses the transformation of the steel industry, from processing ore to production of product in a single plant to mini mills. Taking the reader on a journey of how a long time established industry and process was completely disrupted through disruptive innovation. In the case of Kim and Mauborgne they use Cirque du Soleil as their example. Cirque du Soleil took the world by storm, by creating its blue ocean market space in less than twenty years. Since its creation as street performers, Cirque du Soleil has achieved a level of revenues that took Ringling Bros. and Barnum & Bailey more than one hundred years to attain. Both circuses were once global champions of the circus industry.

Blue Ocean Strategy addressed an uncontested market space that made their circus competitors irrelevant. Using the lens of disruptive innovation, you could see they created a new market and value network, eventually disrupting an existing market and value network. They displaced an established market leader, as the mini mills did to the steel industry, it changed it forever.

In both these studies and examples, they transformed their environments and businesses, which were disruptive to the current incumbents and were quite innovative in many ways. In disruptive innovation, it’s all about perceived value, and what is important and is meeting needs, learning and improving. Initially not being perceived as competition, existing markets release unprofitable sections of their domain to be taken up by these upstarts. Over-time that increase is exponential, Uber being a perfect example.

Uber commenced in 2010, but it wasn't until 2015/16 that it became an issue here in Australia. From a Blue Ocean Strategy perspective, they provided a service that was not being addressed by the taxi industry. These were people who did not use taxis; they were non-customers of the industry. But over time the standard and quality improved. Services and values increased and costs were reduced, bit by bit, as they were directly competing with the industry. But Uber does not compete with the taxi industry; Uber is a platform or gateway of services, bringing customers and suppliers together and taking a percentage of the cost of service or what is referred to as a clip of the ticket. The taxi industry is highly-regulated; it felt that Uber had suddenly appeared out of nowhere, when in fact they had been around for some four to five years. It caught both the taxi industry and government out, when both struggled with trying to stop something that has completely changed the rule book. Uber had a totally different business model—where industry and government were still using the old playbook of business. Their approach has been that of defensive and attacking, but who did they go for? Uber, itself is not a taxi service, but a service within its own right. It was a platform connecting customers to suppliers. Government and the industry needed to re-think their strategy, become innovative in their approach, but to date we have only seen traditional responses based on practices of the past. So, how are you creating new disruptive, transformational, and innovative ideas? Are you using the old playbook or have you realized that times have changed and it’s a new game.

The Changing Landscape of Cyber Security

Scott Brandt, CIO & Director of IT, Texas Office of the Secretary of State

The 4Ps of Digital Transformation in Pharmaceutical Industry